"This text was generated via a series of email exchanges between Lucy Meyle and Ziggy Lever over fifteen days leading up to the exhibition Looking Forwards and Backwards at Blue Oyster Project Space in May 2017. Each artist began an email ‘chain’ simultaneously based loosely on the idea that a writing exchange could produce fruitful points of departure in the making and thinking behind the work. This idea was adopted from an earlier iteration of this project (Working Together, 2015) in which a series of letters were written between the artists to pass the time on long train journeys. In writing sitting opposite each other in the train compartments, one of us was always looking forwards and the other was always looking backwards out the window. The writing is by nature fragmentary, and as such should be read for the moments where thought flows, digresses, and fizzles. In a sense this writing documents ideas in practise, looking for words."

"This text was written as part of a parallel email exchange during April of 2017. Ziggy started an email chain (beginning on the other side of this publication), as did I (starting on the next page). In responding to each other, each text has developed its own set of concerns. These texts are conversational, and so reflect what a conversation can mean: lines of inquiry are discarded, there is miscommunication, there is a need for further explanation of ideas not fully formed. Conversation is a low-stakes game where enthusiasm and excitement flow: drawing ideas, jokes, and thoughts together onto the same field. Preferring flexibility, we decided that points don’t need to be solidified or referenced when you’re just talking. Even amongst this looseness, a conversation does require commitment. It requires a commitment to response and an openness to that response. These texts sent between Ziggy and myself are not only a writing to but a writing with."


Link to the Blue Oyster archive of the project. 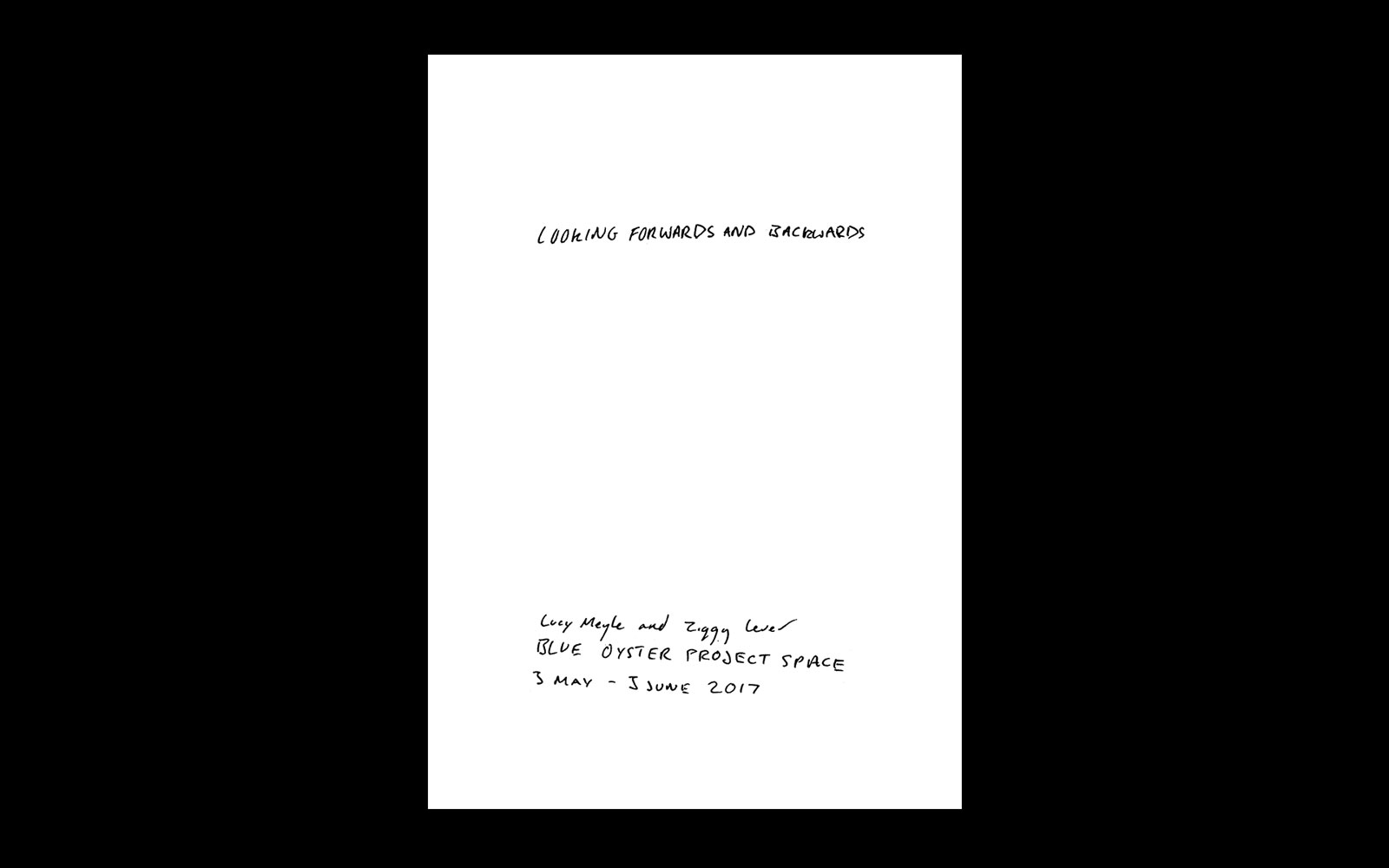 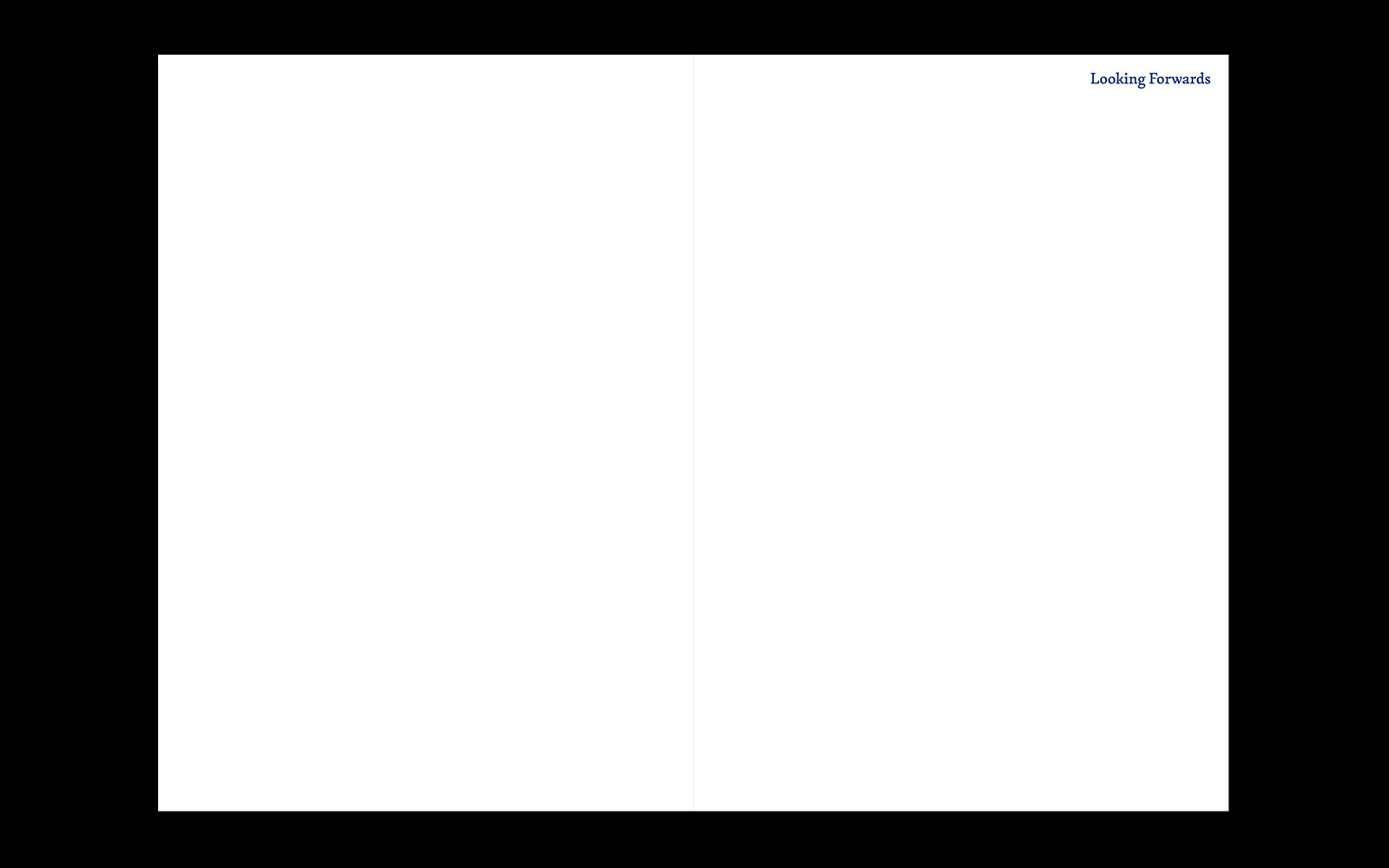 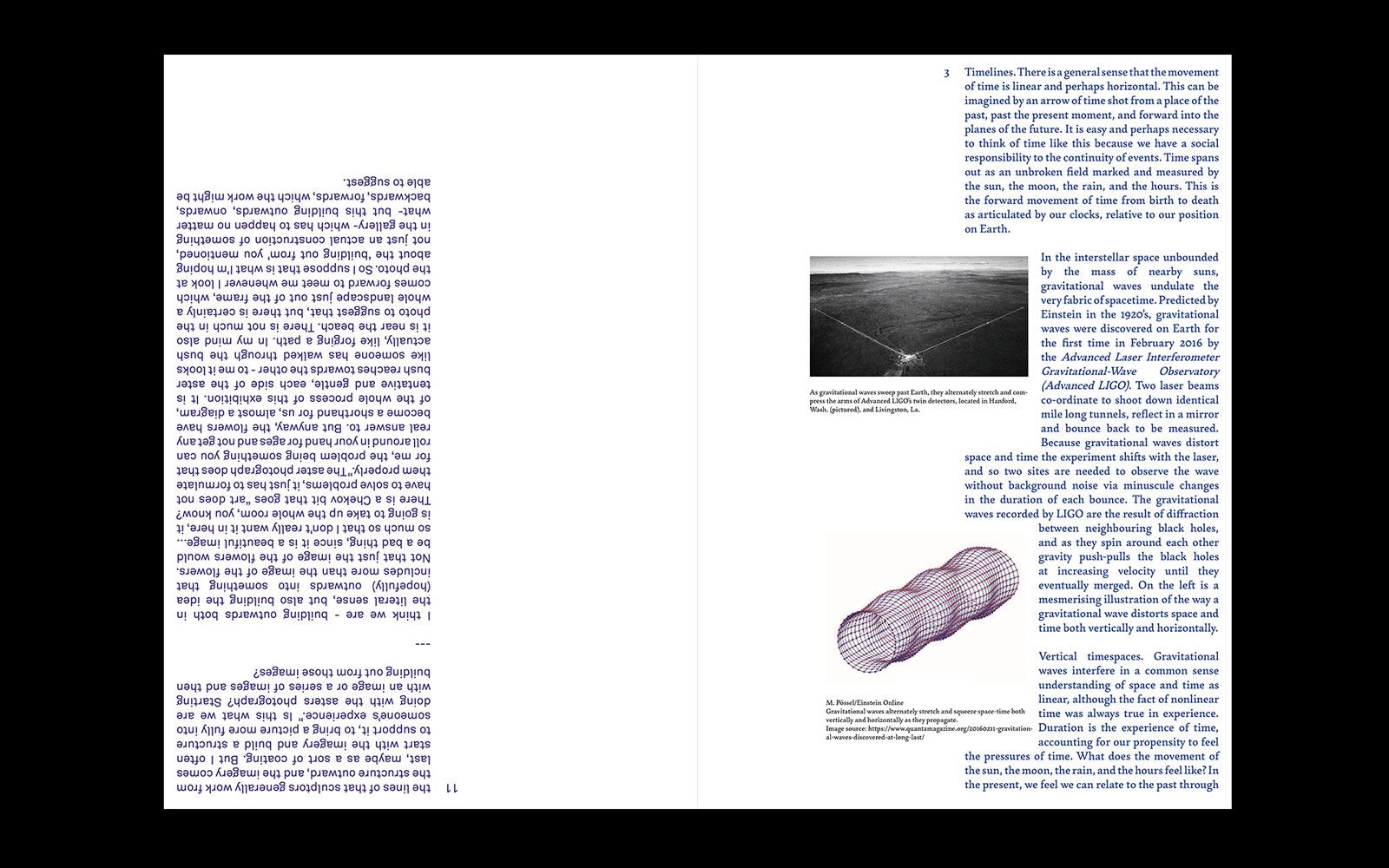 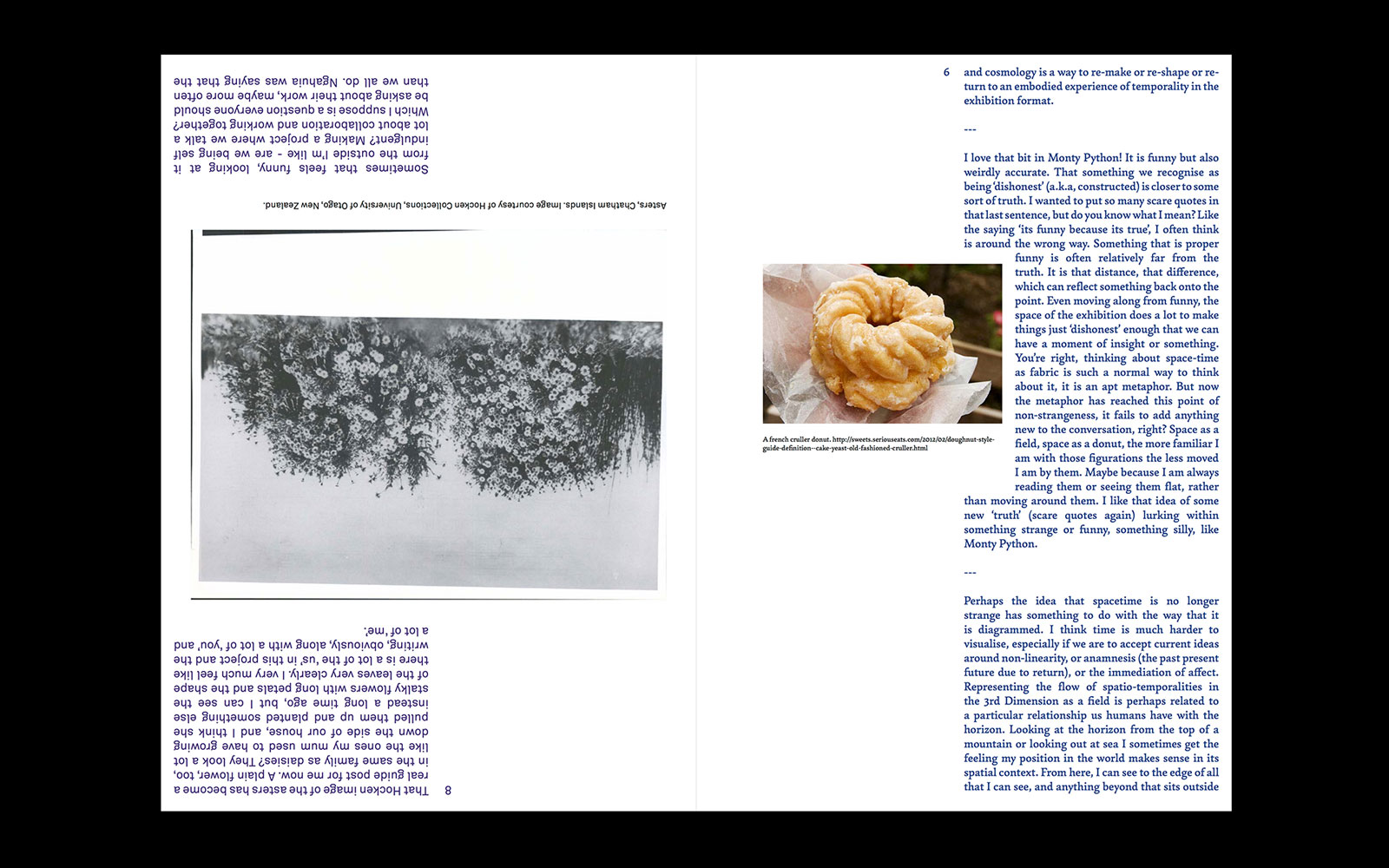 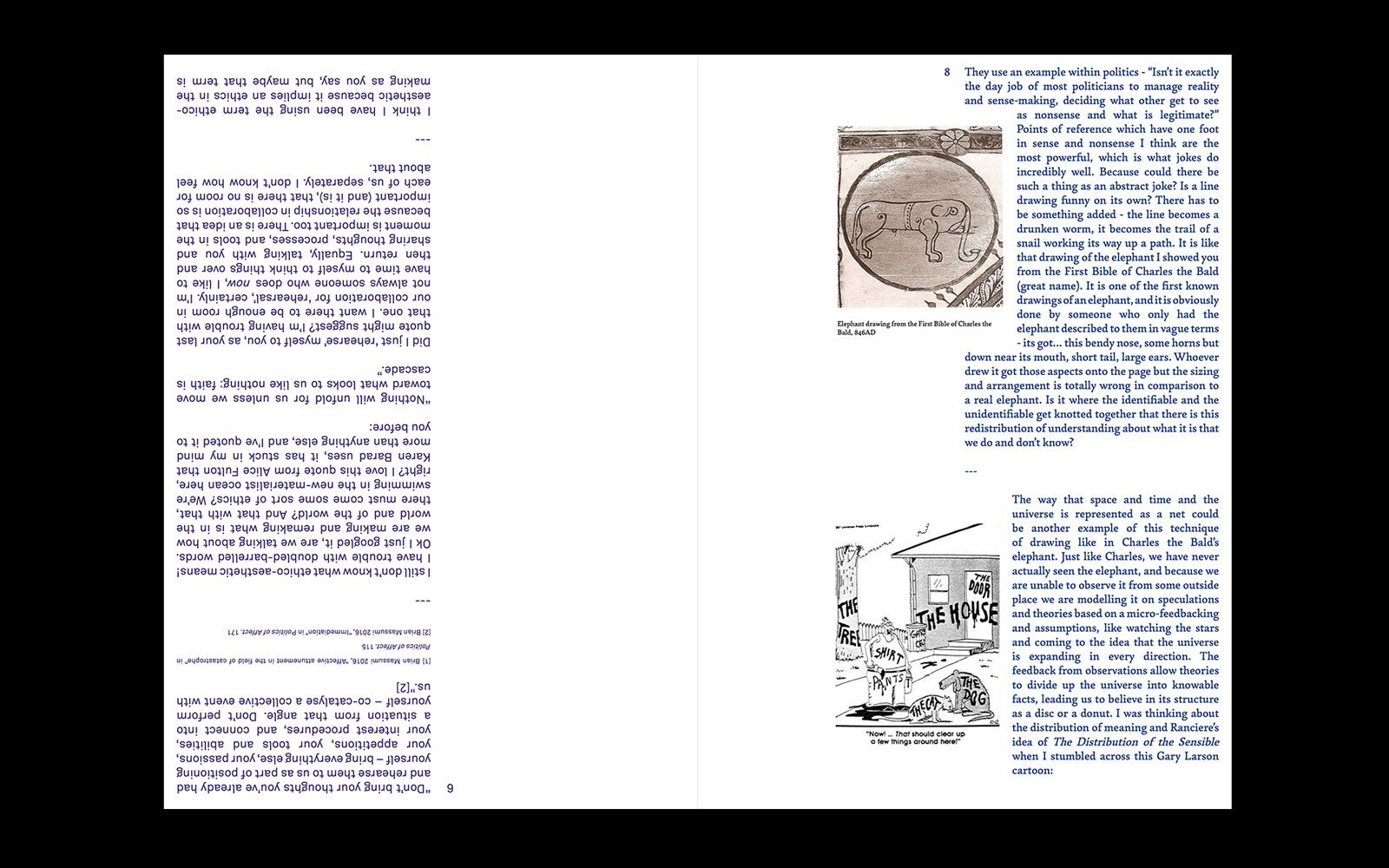 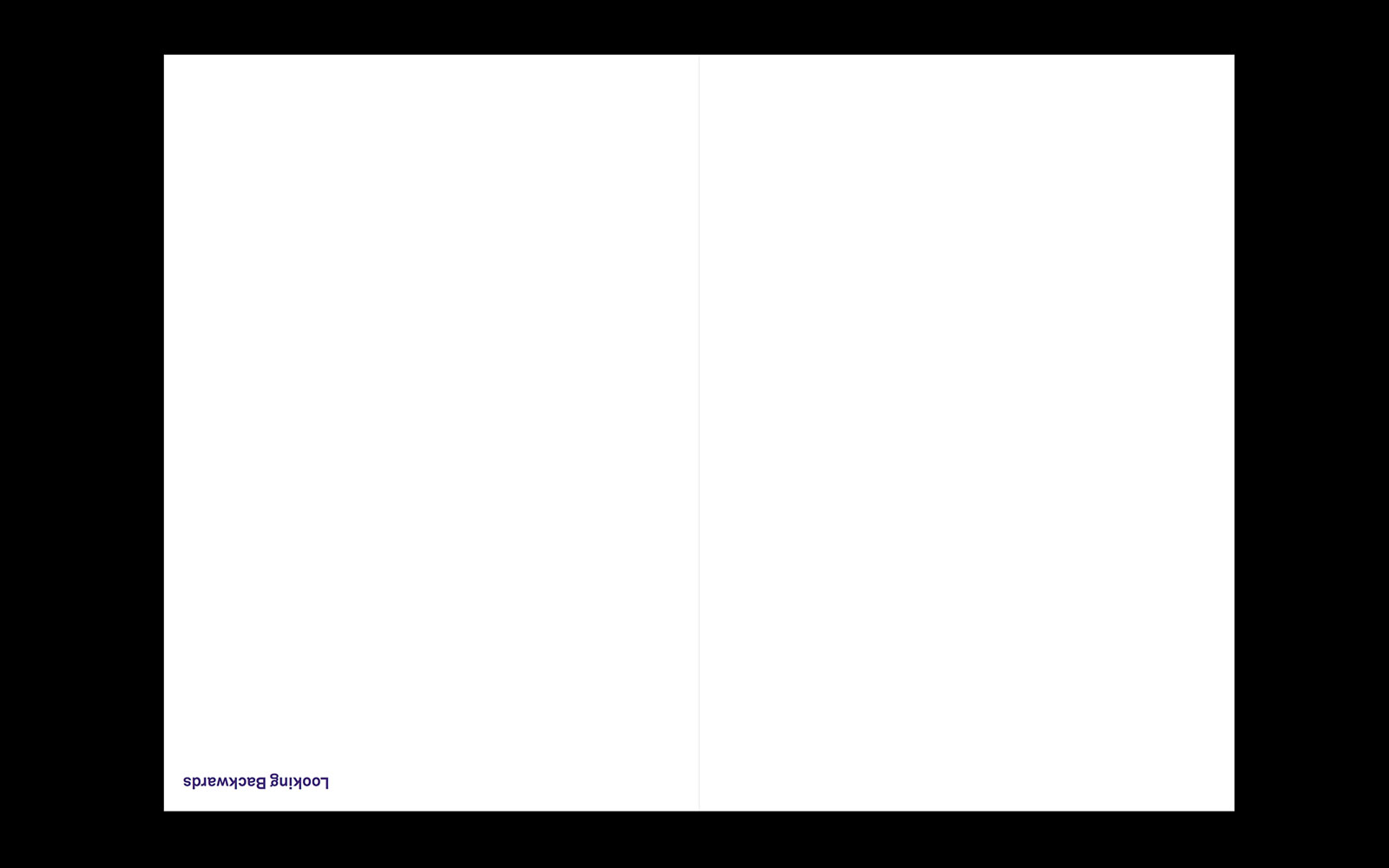 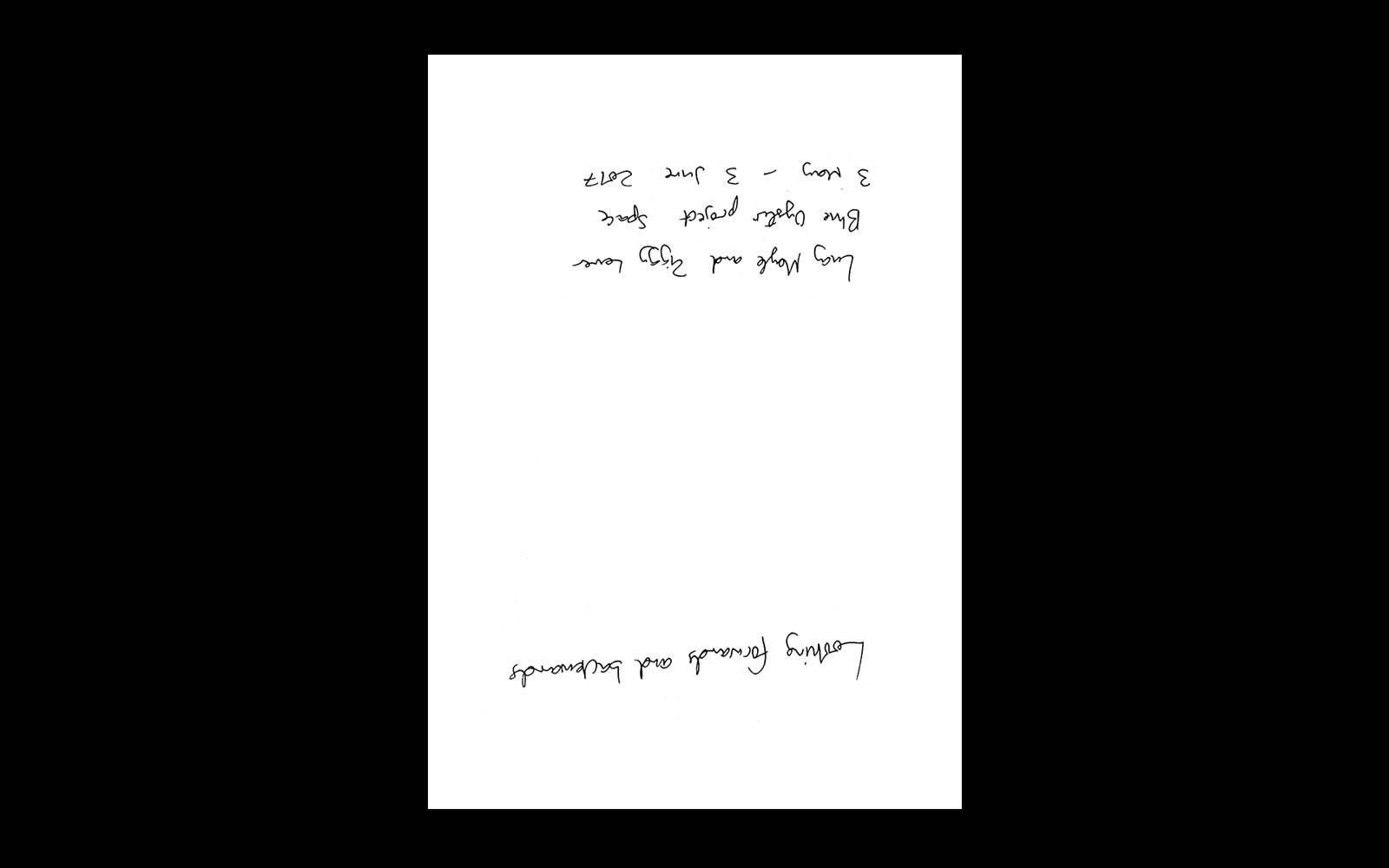